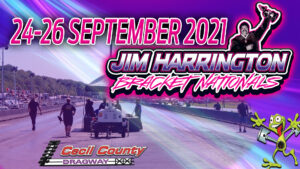 The Jim Harrington Bracket Nationals were named after Jim because of his love of the sport, the racers and the competition. He gave so much to the sport it’s only fitting to name the races in his memory.

In 2021, the promoters expanded to two races one in July and the other in September. This is the 2nd race for this year and will have the same great payouts as the July race with the event back at Cecil County Dragway!